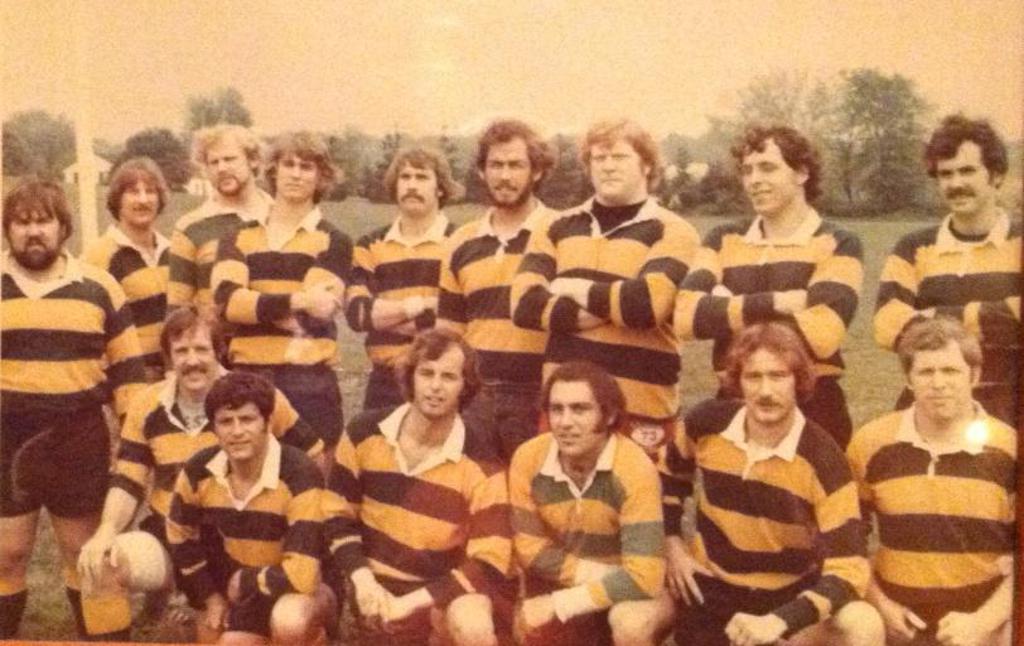 The Doylestown Rugby Football Club (Men’s Division) was formed in December of 1974 by Jo Stefanon, Tony Stefanon, Mike Tyksinski, Gary Mount, and John Tomlinson (JT). The men had been playing with Blackthorn Rugby Club and were seeking a team a bit closer to home, as many of the early members were teachers in the Central Bucks School District.  Through the Doylestown Maennerchor Society, they gained access and built a rugby pitch on Cold Spring Creamery Road, Buckingham Township. In January of 1984, John Tomlinson was again instrumental in the formation of the Doylestown Junior Rugby Football Club (High School Boys). JT has since retired.

In January of 2000, Althea Tomlinson (formerly Althea Rodgers) initiated the formation of the Doylestown Junior Girls Rugby Football Club (High School Girls). Coach Althea remained with the girls until 2009 when Stacy Mancuso took over. She remains in the position today and has enjoyed many successful seasons. Based on the success and popularity of the Junior Girls Club, a proposal was made for the formation of a women’s club at the annual club meeting in December of 2000. The proposal for the support of a women’s side was put to vote before the club members. All members were in favor, none against. As of October 2001, the Doylestown Women’s Rugby Football Club (DWRFC) gained recognized membership in the Eastern Pennsylvania Rugby Union (EPRU).

The 2000s have seen the establishment of the under-13s, the under-15s, and the Summer Flag Rugby program. Largely due to the prolific success of these youth sides, club membership has surpassed 300 members in recent years. 2019 marks the formation of the Doylestown Rugby Academy; a unique umbrella organization overseeing all DRFC’s youth rugby teams. With these developments, Doylestown has established itself as the only rugby team in PA with teams at every age group.

Including the youth and the Ancients, there are currently seven teams that all still play at the Maennerchor Society Club field. Memorial Day Weekend, 2019 will mark the 45th anniversary for the club with festivities across the weekend at the pitch and around town.

Gieseler Insurance proudly supports the Men's Club of DRFC. Insuring New Britain, Chalfont, Doylestown, and all of Pennsylvania. Visit their website or call (215) 348-0100 for a quote today.

Fitzgerald Family Chiropractic is a sports and wellness center located at 1456 Ferry Road Doylestown, PA 18901 in Bucks County. Proudly providing treatment for DRFC players and its supporters. Call today to set up an appointment: (215) 340-9100

Want to participate in your local community? Become a  sponsor for Doylestown RFC and support youth in your area.